The English Baroque Choir recently gave a concert in the magnificent church in Mol, Belgium. At the end of the concert the promoter – also the church’s organist and a distinguished musician in his own right – made a short ‘thank-you’ speech: it contained these words: “When you see Jeremy conducting, you have to sing for him”.

Choristers at St Andrew’s, Kingsbury discovered this when Jeremy was 15 years old. Since then, performing groups ranging from the intimately small to the intimidatingly large have had the same experience.

Jeremy maintains that he has learned most about the craft of conducting from his experience as a performer for other conductors. Barry Rose and Stephen Wilkinson have done most to inform his work with singers. As Chorus Master to the London Philharmonic he worked with many of the world’s top orchestral conductors and held Jiri Belohlavek, Klaus Tennstedt and Mariss Jansons in particular esteem. He received formal training as an orchestral conductor while at university from Terence Lovett.

From a conducting perspective, his decade with The King’s Singers may appear to be a huge interruption, but even during this period he found the time to direct the first performance of his own English translation of Bach’s St Matthew Passion (Singers of London/Musicians of London) and Purcell’s Fairy Queen (Singers of London/Piccadilly Chamber Orchestra), both at St. John’s Smith Square.

Since 1990 he has undertaken engagements spanning an enormously diverse musical spectrum. In the field of contemporary music he has of course directed first performances of his own music: Veni Emanuel at Norwich Cathedral for The Children’s Society and Sea Tongue at Sheringham Little Theatre. He also conducted the premiere of Cecilia Ni Sa, an unaccompanied choral work based on Indian ragas by Francis Silkstone (recorded for CD by The Cecilian Singers) and the first UK performance of William Bolcom’s Masking the Rag (LCM Chorale and pianist Philip Mead). Broadcasts include Robert Saxton’s Paraphrase from Idomeneo with the London Philharmonic Orchestra and Brahms’ Schicksalslied with the LPO and London Philharmonic Choir, both live for BBC Radio 3 from the Royal Festival Hall. Jeremy conducted at the Royal Albert Hall for the Royal Electrical and Mechanical Engineers’ 50th birthday celebrations. On this occasion there were four conductors in total: three were “insiders” in full military dress, Jeremy the “outsider” in more conventional concert attire. After the event, Jeremy’s daughter, then aged six, felt a sense of injustice, succinctly expressed: “Daddy, why weren’t you wearing a sword?”.

As part of the Norfolk & Norwich Festival in 1994 Jeremy conducted two rare performances of Paco Peña’s Misa Flamenca with Paco Peña and his Flamenco Ensemble, to wildly enthusiastic applause from full houses in Norwich and Birmingham. Performances of other seldom-heard works include Gerald Finzi’s Requiem da Camera (English Baroque Choir/Brandenburg Sinfonia) at St Paul’s, Knightsbridge, on the centenary of Finzi’s birth.

Jeremy’s enthusiasm for musical resuscitation is matched by that of Anthony Rooley, and in partnership with Rooley and Emma Kirkby, Jeremy conducted the first modern performances of John Eccles’ Hymn to Harmony and Cooke & Galliard’s Morning Hymn. These are two substantial pieces of Baroque repertoire that deserve a wider hearing.

While Jeremy is more often associated with performing forces of modest size, he is also adept at marshalling large-scale forces.  Examples include conducting a combined orchestra and choir of around 600 in Handel’s Messiah, and probably the biggest ever performance of Britten’s Noye’s Fludde, both in the Great Hall of Alexandra Palace in North London. 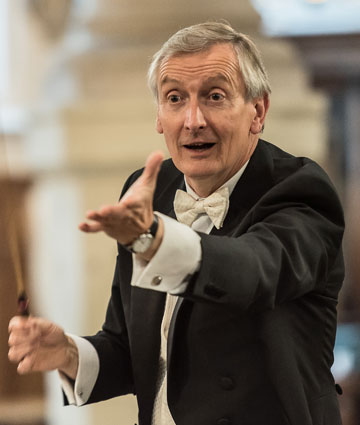 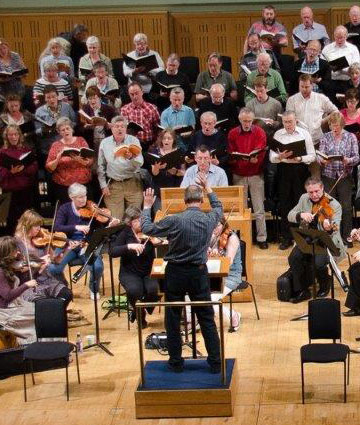 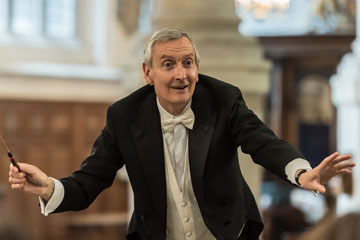